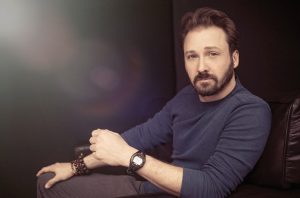 Kevan Schwartz is a 25-year show biz management veteran, having worked extensively in the comic con industry as a handler, organizer and booking agent. Over the years, he has worked with biggest names in fandom, including stars of television and film. Behind the scenes, Kevan has developed an extensive network of volunteers, media personalities, photographers and support staff that is second to none. He is well-connected to the promoters and organizers behind the largest conventions in the world. When it comes to representation, Kevan provides the depth of knowledge clients deserve when it comes time to negotiate contracts and staff convention appearances.

In addition to working behind the scenes at comic cons, Kevan has extensive project management experience, and he brings to bear the organizational and management skills he honed managing major construction projects in the Los Angeles area. Kevan is a savvy manager with the leadership skill necessary to assemble and manage creative tears, including publicists, business managers, agents and support staff. A graduate of Hartwick College and USC, Kevan holds an MBA from the Marshall School of Business.

An avid hiker, when he’s not traveling, chances are you’ll find Kevan on a trail somewhere in the Hollywood Hills.