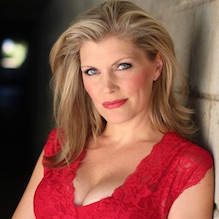 Whether it’s on the stage, in front of a camera, or behind the microphone, Erin Matthews is a face and the voice audiences love. She’s guest-starred on some of the most popular television programs of the last twenty years, including Castle, It’s Always Sunny in Philadelphia, Desperate Housewives, and Castle. She’s worked with directors like Garry Marshall in Valentine’s Day, and she’s the voice behind some of the most beloved video game characters in history. Best known as the voice of Cindy Aurum in the smash hit Final Fantasy series, Erin also provided voices for APB: All Points Bulletin, Dragon Age: Origin, and many more. When Erin’s not behind the microphone or on camera, she’s a star on the stages of Los Angeles, with starring turns in Louis and Keely: Live at the Sahara, Exit the King, and A Kind of Love Story. Erin makes her home in Los Angeles, but she’s frequently on the road for work. Keep an eye out or an ear tuned, because you never know where she’ll turn up next.