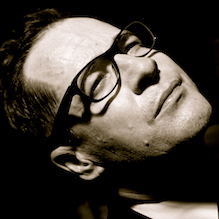 With more than 100 television credits to his name, French Stewart has developed a following as one of the most recognizable faces on television. He skyrocketed to fame as the lovable Harry on television’s 3rd Rock from the Sun. Other television credits include Just Shoot Me, the voice of Icarus on Hercules, and Secrets and Lies. On the big screen, French starred as Lt. Ferretti in Stargate, and he also appeared as Dr. Earl Dopler in the Jonathon Frakes-directed Clockstoppers. Most recently, French personified the hard-nosed, no-nonsense chef as Rudy on the hit series Mom opposite Anna Faris and Allison Janney. He will also play a featured role on the upcoming SyFy series Deadly Class, which premiers in January.

Off-screen, French is a family man. His mother is a homemaker and his step-father works in a technological laboratory. He is a graduate of the American Academy of Dramatic Arts with a B.F.A. in Theatre Arts. After graduation, he spent seven years touring in regional theatre. French, by the way, is his real name–a family name that’s been used for generations. He’s French number four. When he’s not in front of a camera, he spends his time on stage in productions across the country. He makes his home in Los Angeles with his wife, Vanessa, and their daughter, Helene.